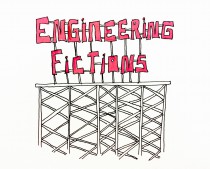 I’ve been playing around with some ideas for my upcoming presentation at the Research in Real-Time – Practice in Progress conference at NUI Galway next month. I’ll be using some material from the Engineering Fictions workshop I did with CONNECT writer in residence Jessica Foley in Dublin in February, where we experimented with writing the most expensive and cheapest love poems using Google AdWords suggested bid prices. We then sent the poems to each other via GMail in order to ‘expose’ the words to the algorithms, before processing them through the AdWords keyword planner and the {poem}.py code, and printing them out on a receipt.

The workshop was great fun and also extremely interesting methodologically. By creating poetry manually, and in the firm knowledge that the words which pass through Google’s advertising and search platforms are always already infused with algorithmically and economically mediated ‘values’, it felt like we were able to reclaim some of the artistic agency from the algorithms that increasingly second guess our linguistic intentions. We were able to second guess the second guessers, and it felt really liberating! Jessica and I plan to write the experience up in full very soon.

In the meantime, I have returned to the poem that started this whole project off – my favourite poem – William Stafford’s At the Bomb Testing Site (1960), which was the first poem I ‘valued’ as part of my {poem}.py project. When I first ran the poem through AdWords last year, I used the Ad Groups function of the keyword planner to try to reverse engineeer the logic of the bid prices Google suggests for each word, and for the poem as a whole. This feature suggests other keywords, phrases and topics which might help enhance your advertising campaign, but it also provides a glimpse into what the algorithms ‘think’ you are trying to advertise and as such is a fascinating insight into what words ‘mean’ to Google. Last year, references in Stafford’s poem to a curved desert road, hands gripping and tense elbows, generated suggestions that I was trying to advertise road biking. The phrase ‘ready for change’ had the algorithms thinking I was planning a well-being or recruitment campaign.

This year, the road biking suggestions have gone, but other even more fascinating semantic assumptions have appeared. To Google, at this moment in time, At the Bomb Testing Site conjures up Carl Jung, gastric bands and Californian Republicans. So in the spirit of reclaiming the poetry from the algorithmic marketplace, I decided to rewrite Stafford’s poem using only the suggested advertising categories and potential related search queries offered to me by Google when I put the poem through the keyword planner. With apologies to the estate of William Stafford, here is the result: